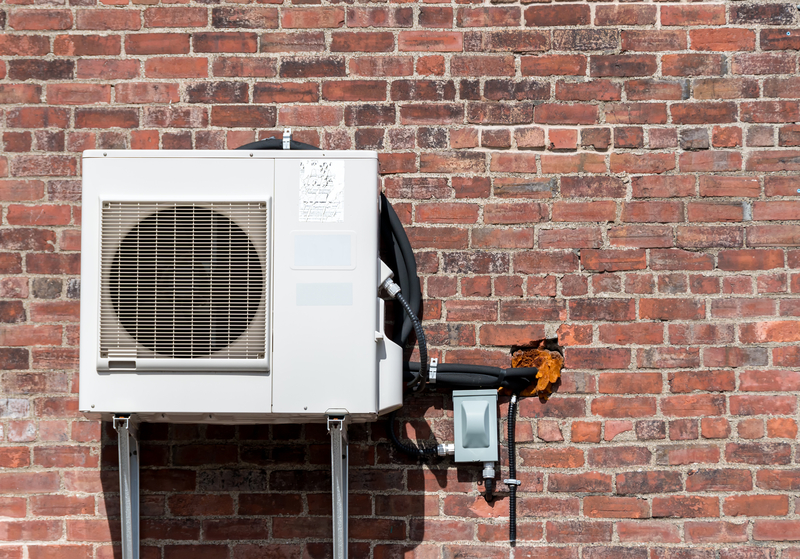 All around the country, we love our air conditioning systems. That’s why 87% of American homes have some sort of air conditioning installed. The most important things to know about your AC is how to use it and when to maintain it, but we want to share something a little different this week! Here are 5 facts about air conditioning in America that they don’t mention in the history books.

Air conditioning as we know it today wasn’t invented until 1902, but more on that later. Before then, people utilized massive blocks of ice to keep things cool. As you can imagine, this took a fair bit of time and effort to ensure that the ice was frozen in time for a big heatwave. Not the most efficient way to cool down a home, but the people of that time had to work with what they had!

As you can imagine, even blocks of ice were nothing compared to the heat in states like Texas, Arizona, and New Mexico. Unsurprisingly, no one wanted to live in those areas except the Indigenous peoples who had thrived there for hundreds of years. European settlers just weren’t cut out for the heat. As soon as air conditioning was made accessible to the public, however, populations in those areas spiked as it made living there much more bearable.

Our 31st president, Herbert Hoover, was tired of experiencing the hot summers in DC so he had air conditioning installed in the Oval Office from 1929 to 1933. At any other time, this would have been a smart investment, but this is when the stock market crashed and the Great Depression began. He spent $30,000 on this system, which in today’s cash would equate to $460,000!

When they first came out, air conditioners were too expensive for the lower and middle classes. It took up to the 80s until they became affordable for more than just the wealthy. In the meantime, movie theatres were one of the few public places with AC. To take advantage of this, movie studios would release blockbusters in the heat of summer, ensuring huge crowds. This is where the whole tradition of summer blockbusters began!

Air conditioning was not initially invented to cool us down. The first form of AC was designed and built by Willis Carrier to stop the humidity in the air from affecting the paper and ink at his publishing company. Even after that, this new technology was, and still is, used in many different fields including medical and food services. It has allowed the import and export of goods such as temperature-sensitive medications, treatments, and even exotic foods.

Air conditioning is an amazing technology with an equally interesting past. With that in mind, make sure to maintain your own home’s AC in the present, so that it can have just as successful of a future! If you are due for regularly scheduled maintenance, contact our team at McMillin Air today.